The Rover 8 was a name given to two early models of car from the British Rover car company. The original one, produced between 1904 and 1912, was the first production Rover car. From 1911 to 1912 a Knight sleeve-valve engine was available with the 8. The name was used again on a twin-cylinder light car from 1919 to 1925.

The car, designed by Edmund W. Lewis who had joined Rover from Daimler, had an unusual design. Instead of the conventional chassis, the car used a backbone formed by the engine crankcase, the gearbox housing, the propshaft housing and the rear axle. This backbone frame had no suspension at the rear apart from the tyres, but the body was mounted onto the rear axle using semi-elliptic springs. The front axle was suspended from the frame by a transverse leaf spring

The single-cylinder engine displaced 1327 cc with a bore of 114 mm (4.5 in) and stroke of 130 mm (5.1 in). It had an unusual pedal control that changed over the valve operating cams to provide extra engine braking

By 1907, Rover had discontinued the backbone frame and was using an ash chassis with steel flitch plates. Robert Jefferson and Robert Weallas drove a Rover 8 from Coventry to Istanbul, becoming the first people to cross Europe in an automobile

Most of this series of Rover 8 cars seem to have had a very basic open two seat body with no windscreen or other weather protection. 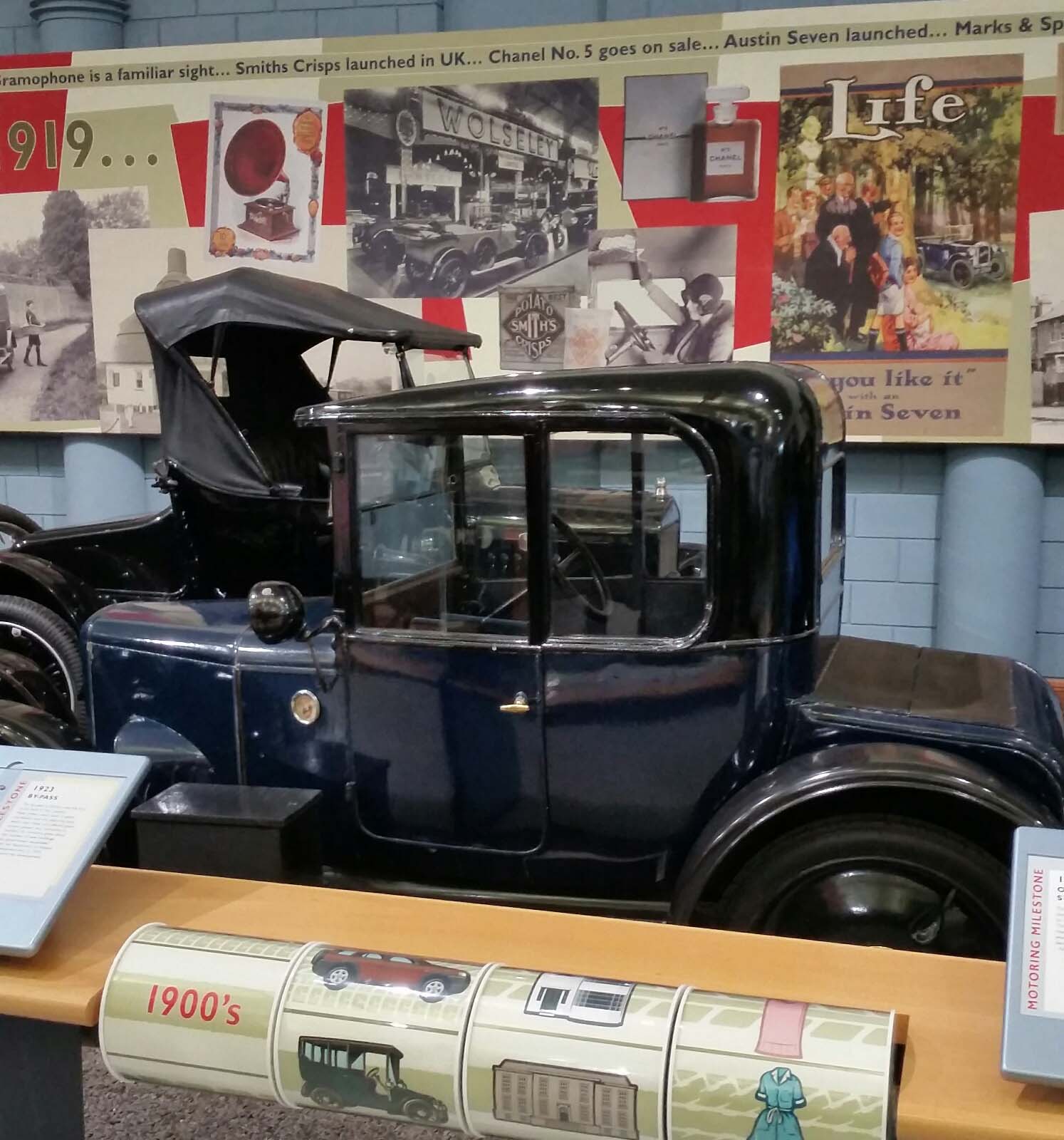 In 1911, the Rover 8 became available with a 1052 cc sleeve-valve unit. Daimler had a licence to produce the Knight sleeve-valve engine and as the dimensions of the one advertised by Rover were identical it is probable that this was their source. Whether components or complete engines were bought is not known, but Daimler never sold a single-cylinder sleeve-valve car. Very few were made. The cars with the sleeve-valve engines used the long-wheelbase chassis with the larger dimensions.

The 1919 Rover 8 light car was designed by Jack Sangster largely before he joined Rover and was built in a new factory in Tyseley, Birmingham and driven to Coventry to have its body fitted. It was a great sales success for the company.

The air-cooled, side valve, engine was a horizontally opposed twin and was originally of 998 cc capacity, with a bore of 85 mm and a stroke of 88 mm, but this was increased to 1134 cc with a 100 mm stroke in 1923. The original engine had a peak output of 13 bhp (9.7 kW) at 2600 rpm. Although there was a conventional looking radiator it was a dummy. Cooling was supplied through air scoops on the side of the bonnet and it was rumoured that after hard driving at night the cylinder heads could be seen glowing red through them,  although this was likely to be an exaggeration ( no current owners report having experienced this phenomenon.  The three speed gearbox, with reverse, was in-unit with the engine and drove the rear wheels via a worm wheel type rear axle. A dynamo was belt driven from the propeller shaft. An electric starter was optional from 1923.

The car was based on a simple perimeter frame with quarter-elliptic leaf springs all around.  Unusually for the time, rack and pinion steering was used. Brakes were fitted to the rear wheels only with a separate set of shoes for the handbrake. The wheelbase was extended from 88 inches (2,200 mm) to 94 inches (2,400 mm) in 1924 to allow genuine four seat bodies to be offered including a fabric four seat saloon.

The Rover 8 was made under licence in Germany, with a slightly larger engine, by Peter-und-Moritz between 1921 and 1923.